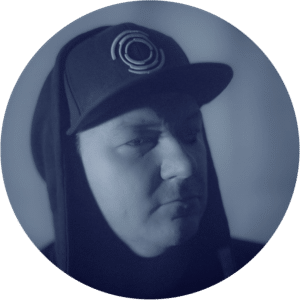 Transforma is an Australian Drum & Bass producer who is based out of Bristol UK who is Rapidly becoming a name to look out for. He began cultivating his musical prowess at only 14 years old, and from there played guitar in bands for over a decade. A yearning for a new challenge led him to his greatest project to date.

During the past 8 years, Transforma has undeniably cemented his place amongst the elite in the Australian bass music scene & now the worldwide Drum and Bass community, and is fast becoming known for his intricate work and attention to detail on a global scale. His focus has been drawn by the immaculate and in-depth sound design that is characteristic of Neurofunk and tech DNB. From roaring soundscapes to intricate melodic composition, to hard-hitting percussion. His non-stop hard work and dedication has respectively landed him recent releases, signings, and label affiliation with well-respected record labels such as Blackout, Bad Taste, C4C, Code Smell, Red Light, Kill Tomorrow, Close2death, Sinuous, Mindtech, Future Sickness & Ammunition with more big releases locked for release in 2021. And well known promotional channels such as BBC1xtra, Blackout, Darkstep Warrior, Terminal, Dnb Portal, Neurofunkgrid, DistrictBass, EDM.com

Additionally, Transforma has performed all around Europe in countries such as Austria, Germany, Czech Republic, Netherlands, Slovenia, Slovakia & Hungary & has performed all over Australia, New Zealand, Canada, and the US.

Transforma has also made appearances at festivals throughout Europe, Australia, Canada, and New Zealand including his debut at Let it roll in 2017.