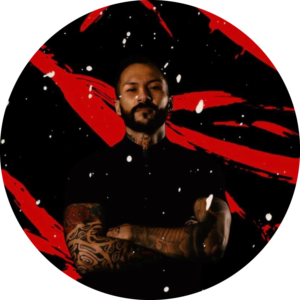 MV is the first solo project of Moisés Valdivieso. A proposal focused on producing Drum and Bass, Neuro Funk, and others forms of Electronic Bass Music.

Moisés Valdivieso begins at the age of eleven years old to take guitar lessons, and by the age of fourteen had his first concerts as part of several local bands of progressive metal. In 2000 he consider music as more than a hobby making touring through the Spanish territory with the experimental metal band “Monopoli” winning several awards in Spain for its diverse releases.

Finally after finishing his latest project “Psykofonic Juice” with two eps within the merging electronics with metal, Moisés Valdivieso in 2016 decides to start his solo career under the pseudonym “MV”, being part of the label Optikal Dubs Records, which released his first EP entitled “Rise Up” which is available in digital stores worldwide. He is also producing electronic music events on Tenerife island under the name “Bass Reunion”, organizing parties with artists such as Pendulum, Crissy Criss, Benny Page, Chords and Brainkiller among others.